The “Open Virtual Museum” is an important part of the online exhibition “7places” of the United Nations and the Center for Persecuted Arts in Solingen. Various events are announced here that deal with current Jewish life in the communities and give you as a visitor the opportunity to interact directly with the participants in the exhibition. As a memorial or museum, you can announce your current projects, exhibitions, readings, lectures, and concerts as part of the culture of remembrance.
The “Open Virtual Museum” can be used not only by the 7 locations in Germany, but by all cooperation partners worldwide. Events in Poland and Israel are announced as soon as the online exhibition opens. Users have the option of participating virtually live in these events. Later, after they have been carried out, they move into the chronology of the retrospective and continual timeline. The “Open Virtual Museum” is growing continuously. 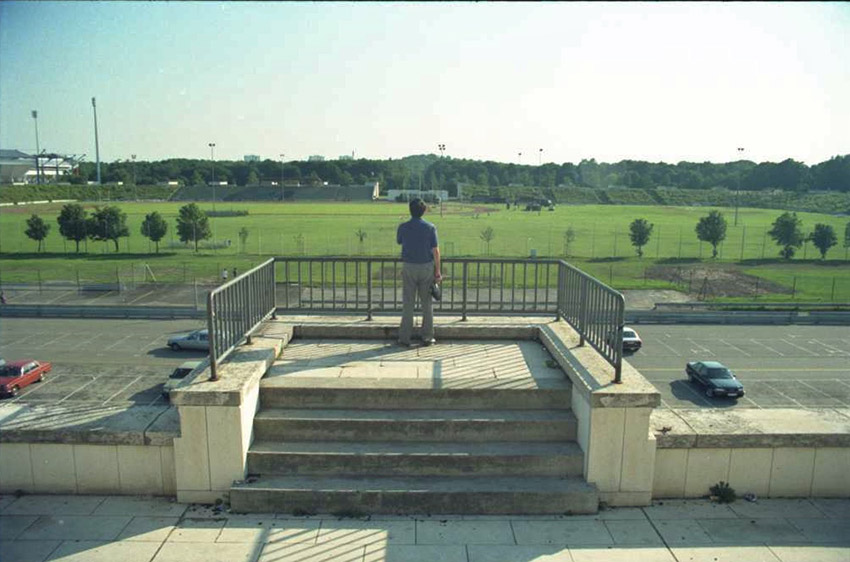 On January 9, 2021 the artist Dana Arieli will present her school program in a video conference.

Schools can contact the Museum Center for Persecuted Arts and we will connect them with Dana Arieli to organize an online Artist-in-Class-Talk.

Under the working title „The Nazi Phantom“, Israeli photographer Dana Arieli has for years been photographing places where National Socialist ideology is still visible or hidden. Internationally renowned poets, authors, politicians, texts and statements accompany her photographs. Pupils are also invited to write texts about the photographs, to become part of the project with their own opinions and thoughts. Take the opportunity to participate in this project! 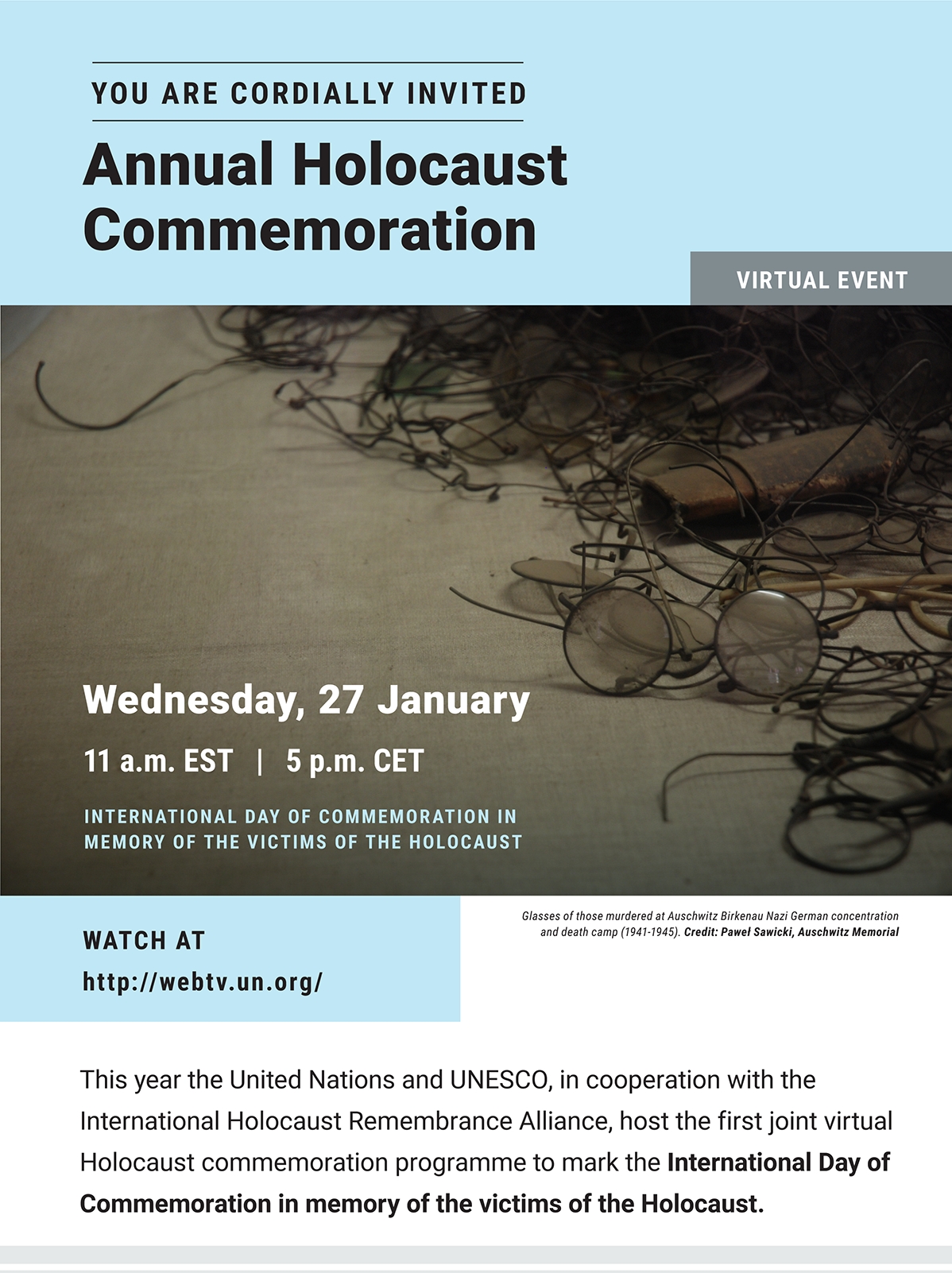 The United Nations Department of Global Communications has organized the first virtual and joint Commemoration Programme in observance of the International Day of Commemoration in memory of the victims of the Holocaust, to be screened on Wednesday, 27 January, from 11 a.m. to 1 p.m.

Comprising both a commemorative ceremony and a panel discussion considering the topic of Holocaust distortion and denial, the Programme is guided by the theme for United Nations outreach on Holocaust education and remembrance in 2021 — “Facing the Aftermath:  Recovery and Reconstitution after the Holocaust”.

The Commemorative Programme marks the first time the Organization has partnered with the United Nations Educational, Scientific and Cultural Organization (UNESCO) in organizing the annual observance, together with the International Holocaust Remembrance Alliance.  CNN International has contributed two elements of the programme.

The theme guiding the Commemorative Programme focuses on the measures taken in the immediate aftermath of the Holocaust to begin the process of recovery and reconstitution of individuals, community and systems of justice.  Integral to the process of reconstitution was the accurate recording of the historical account of what happened before and during the Holocaust.  Challenging the denial and distortion of the historical events was interwoven into the processes of recovery and reconstitution.  The theme covers how the responses to the period immediately after the Holocaust inform our responses today, in the attempt to prevent atrocity crimes and support the victims of human rights violations.

The first part of the Programme is a commemorative ceremony.  Speakers will include the Secretary-General of the United Nations, the President of the seventy‑fifth session of the General Assembly, the Director-General of UNESCO and the Missions of Israel and the United States to the United Nations.

Guests are invited to register and watch the ceremony and discussion online, or follow the conversation on social media with the hashtag #holocaustremembrance.  The Programme will also be webcast live at http://webtv.un.org.

To view the calendar of events for January and February and registration details, please visit the Holocaust Programme website at www.un.org/en/holocaustremembrance/2021/calendar2021.shtml.

The Holocaust and the United Nations Outreach Programme, Department of Global Communications, was established by General Assembly resolution 60/7 in 2005.  Its multifaceted programme encompasses online and print educational resources, seminars, exhibitions, a film series and the annual worldwide observance of the International Day of Commemoration in memory of the victims of the Holocaust, held on 27 January.  The Programme provides guidance on this observance to the global network of United Nations information centres.

Responsible for the exhibition are the Museum Center for Persecuted Arts with the assistance of the Holocaust and the United Nations Outreach Programme as a multimedia educational resource source in remembrance of, and to educate about, the 1938 November Pogrom.